Antiarrhythmic Drugs are a group of pharmaceuticals that are used to suppress abnormal rhythms of the hear.

The choice to start an antiarrhythmic treatment depends on the nature, severity of the arrhythmia, and the possible effect on any other cardiological problems. Generally, any underlying diseases, such as high blood pressure, heart failure, or thyroid disease, are treated first. 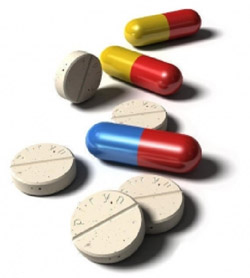 HOW ARE ANTIARRHYTHMIC DRUGS CLASSIFIED?

Antiarrhythmic drugs are classified according to a special classification, called the Vaughan Williams Classification:

In addition to the Vaugham-Williams classification, there is also a classification called “Sicilian Gambit”, proposed by P.J. Schwartz in 2005, which proposes a synoptic view of the electrophysiological properties of antiarrhythmic drugs. 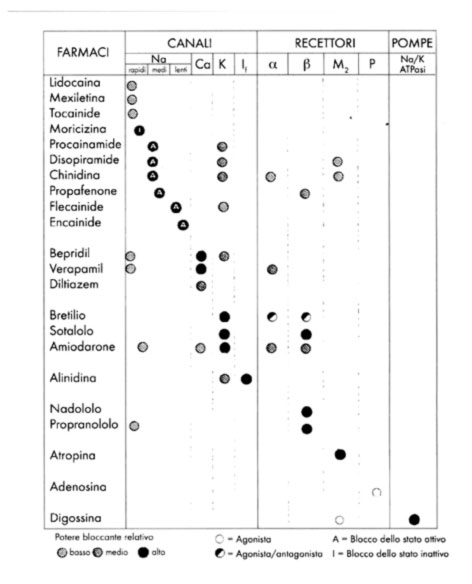 HOW DO ANTIARRHYTHMIC DRUGS WORK?

Class II antiarrhythmic drugs are beta-blockers and mainly act on tissues with slow channels (sinus-atrial and atrioventricular node), where they reduce automation, conduction speed and increase the refractory period. Therefore, the heart rate drops, the PR interval lengthens, and the atrioventricular node conducts rapid atrial depolarizations at a lower rate. Class II drugs are used mainly to treat supraventricular tachycardias, including sinus tachycardia, re-entry tachycardias of the atrioventricular node, atrial fibrillation and atrial flutter. These drugs are also used to treat ventricular tachycardia, increase the ventricular fibrillation threshold in ischemic cells and reduce the ventricular pro-arrhythmic effects of beta-adrenergic receptor stimulation. Beta blocker drugs are also used for the treatment of heart failure, ischemic heart disease and high blood pressure. Beta blockers can also be used in the treatment of glaucoma, thyrotoxicosis, somatic manifestations of anxiety, essential tremor and in the prophylactic treatment of migraine. Beta blockers are generally well tolerated; adverse effects include apathy, sleep disturbances and gastrointestinal disturbances. Beta-blockers are divided into cardioselective beta 1 receptors (mainly located at the cardiac, renal and ocular levels), are non-cardioselective, and are endowed with intrinsic sympathomimetic activity. Non-cardioselective beta-blockers are contraindicated in patients with pneumopathies with bronchial hyperreactivity.

It should be noted that digoxin and adenosine are not included in the Vaughan Williams classification.

WHAT IS THE PROARITHMIC EFFECT?
Class Ia drugs, in predisposed patients, may cause prolongation of the QT interval and cause torsade de pointes type ventricular tachycardia. Class Ia drugs can organize and slow down atrial tachyarrhythmias in such a way as to allow 1:1 atrioventricular conduction with a marked increase in the ventricular response.

Class III drugs, which prolong the QT interval, have a risk of ventricular proarrhythmia, especially torsade de pointes type ventricular tachycardia, and are not used in patients with this type of tachycardia.

HOW IS THE MONITORING OF ANTI-ARRHYTHMIC DRUGS PERFORMED?